When
Erin Whitley is alone with Chase Montclair, high above the city in his
glittering penthouse, she sees a side of the legendary businessman no one ever
sees.

As powerful and commanding in the bedroom as he is in the boardroom, Chase can
melt her with a word and thrill her with a touch. But when he bares his soul
and tells her he loves her, Erin fears a dark secret from her past will destroy
everything.

Chase
vows to protect Erin at any cost. Every night, he takes her in his arms and
unleashes her wildest inhibitions. Every day, he wakes her with kisses and
promises her more. But the deeper they fall in love, the closer the danger
gets.
If
Erin wants to be freed her from her past, she will have to trust Chase with her
life. And if Chase wants to be with Erin forever, he must risk losing her
first.
BUY NOW
Amazon | B
& N | Google | iTunes | Kobo 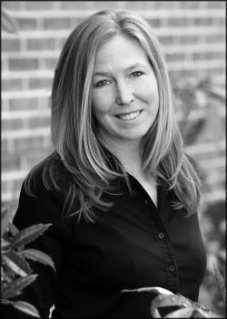 Elle Keating was born and raised in
South Jersey, where she lives with her husband and three children. It was
during her long commute to work, crossing over the Betsy Ross Bridge into
Pennsylvania, her mind drifted. Images of a world with Chase, Erin and their
friends came rapidly and sent her writing to bring these intense characters to
life.
When Elle is not in her favorite
coffeehouse, huddled in a corner on an oversized chair and working on the next
book in the series, she enjoys being mom, taking her children from one sport to
the next, and challenging herself frequently to be in two places at once.
Website | Facebook | Twitter | GoodReads
Don’t Miss THRILL OF THE CHASE,
the first in the Dangerous Love Series