1 winner will receive a $25 Amazon Giftcard!

3 runner ups will receive a book bundle including Kissing Mr Right and Recipe for Kisses by Michelle Major!

As a teenager, Samantha Carlton used a career in modeling to break free from her painful childhood—walking away from her reckless twin sister, an alcoholic mother, and the boy she loved. Yet she never outran the guilt of abandoning her family. When the past shows up on her doorstep in the form of her late sister’s daughter, Sam opens her home and her heart to the girl she never knew existed. But it’s not so easy to face the man she left behind…

Sam had shattered Trevor Kincaid’s heart, and he’d sought comfort in her sister’s arms. But he’d pledged to shield his daughter, Grace, from the drama that followed the Carlton women. Now Grace has tracked down Sam, and Trevor is forced to deal with the one woman he wanted to forget.

History has a way of repeating itself, and the sparks between Sam and Trevor reignite an old flame. But as much as Sam wants a new future, is walking away again easier than risking her heart for a second chance at love?

Find out more at: Amazon

Excerpt from Tell Me Again:

“I need to help you. I need to make it better so we’re even.”

“We have a working relationship I can handle,” she said, dropping the towel to her desk and pressing the ice pack between her fingers. She welcomed the burn of the cold against her fingertips. “Then you go and play the hero.”

“That’s not how I remember it,” she murmured, focusing her gaze on his shirt collar when it became too difficult to meet his eyes.

“What sort of working relationship do we have when you pretend I don’t exist any time I’m here without Grace?”

“The kind that doesn’t make me crazy.”

“Is that how you treat a hero?”

She laughed despite herself. “It is when I’m pretending you don’t exist because I want to rip off all your clothes and plaster myself to you every time we’re together.”

He raised one brow. “That doesn’t sound quite right to me.”

Embarrassment washed through her, but Trevor stepped into her space, crowding her, when she would have turned away.

“A better idea would be if we both had our clothes off.” He traced one finger along the skin above the collar of her baggy t-shirt. “What’s fair is fair.”

She bit down on her lip and ignored the sparks of desire that skimmed along every single one of her nerve endings. “It was actually a bad idea. Forget I said anything.”

“Fat chance,” he whispered and brushed his lips across hers.

It only took a second for the kiss to ignite into something hot and hungry. Even though it was the worst idea in the world, Sam lost herself in the feel of him. He tugged her closer, lifting her into his arms, and she wrapped her legs around his lean hips. He tasted the same as he had years ago, like mint and memories. He was the innocence she’d lost and everything she once longed for.

He kissed her like she was his whole world. It had been forever since she’d felt anything so perfect. His fingers tugged on the hair tie holding her bun in place and then his hands sifted through her hair. His mouth felt like it was everywhere at once–on her lips, her jaw, the sensitive spot just behind her ear that no other man had taken the time to discover. 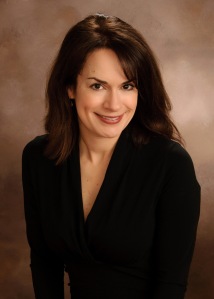 Michelle Major grew up in Ohio but dreamed of living in the mountains. Soon after graduating with a degree in Journalism, she pointed her car west and settled in Colorado. Her life and house are filled with one great husband, two beautiful kids, a few furry pets and several well-behaved reptiles. She’s grateful to have found her passion writing stories with happy endings. Michelle loves to hear from her readers at http://www.michellemajor.com.