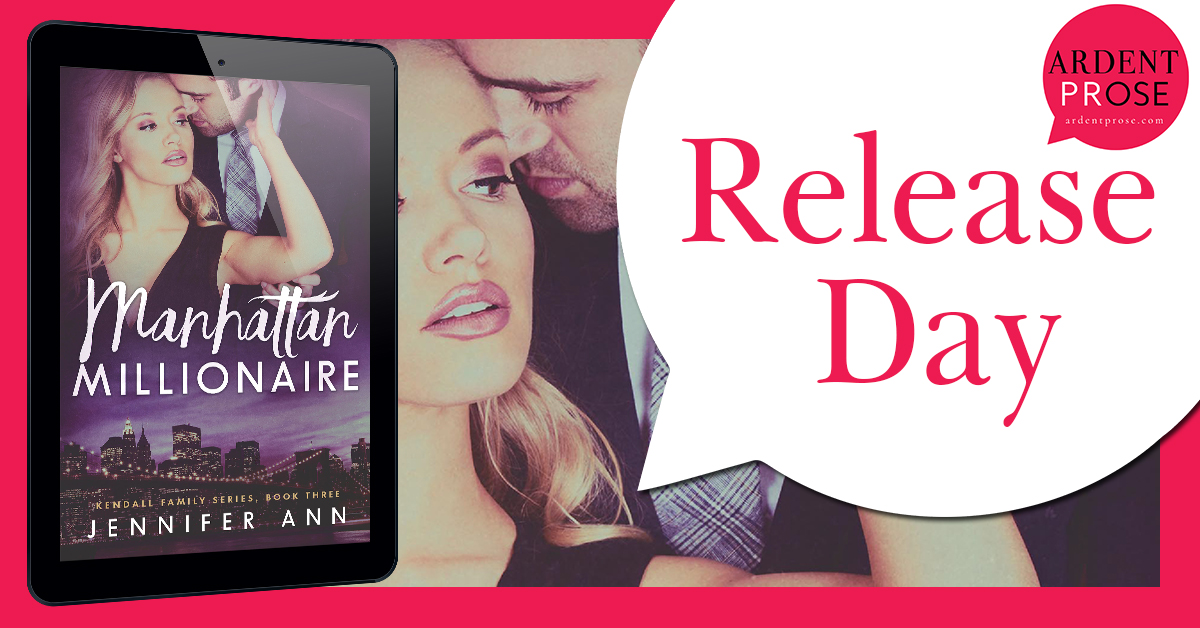 Sinfully attractive playboy Nolan Zimmerman was born into a wealthy family, but maintains grueling hours to keep the reputation of his grandmother’s beloved bar as one of the hottest spots in New York. Sexy and independent Sofia Kendall has made her way to the top as a high powered attorney, and she doesn’t have time for men in general. When Sofia is offered a transfer to Manhattan, she’s eager to reconnect with her family but unprepared for a scandalous love affair.Upon first meeting several years ago, the circumstances didn’t allow Sofia and Nolan to explore the initial spark of chemistry. And as fate would have it, their chances of starting something doesn’t look too favorable the second time around either. Once they decide they can’t be anything more than friends, is there no going back, or will their unrelenting desire for each other be too strong to resist?Warning: This book is filled with serious angst and star-crossed lovers. If you’re looking for a sexy tale with steamy love scenes, sit back and enjoy the story. When I close in on Sharlo, now perched on one of the bar stools, I stop dead in my tracks. Sofia Kendall stands wedged in-between a few guys waiting to put their orders. Navy wool coat draped over her arm, she glances around the bar, her gaze relaxed and curious. With her pale blond hair swept into a neat knot low on the back of her head, the delicate features of her neck and chin are on clear display. She’s a total knockout.Not only that, but the woman knows how to dress to impress. The tasteful sapphire dress showcases her curvy body without being tacky or revealing too much of her tits. Her no-nonsense attitude alone seems to say she made the right career choice by becoming an attorney. Her bright blue eyes are as intimidating as the way she carries herself, shoulders taut and chin high, but it seems something about her has changed since I had the pleasure of seeing her last.Two summers ago, I met Sofia just moments after she arrived at Evelyn and Charlie’s beach house in the Hamptons. We didn’t have the best introduction—not only did I knock her into the bushes, but she insinuated that I was a playboy and gave me the cold shoulder. It was hardly an hour later when Sharlo was struck down by some psychotic driver with a grudge against her father. Sofia was there to witness it happen, and somehow took on the burden of the accident, saying it was her fault. I never got all the details even though we spent countless hours together in the ER, waiting for Sharlo to wake from a coma.Sofia leaned on me both literally and emotionally, but the situation didn’t allow for any meaningful conversation and it was shit timing to make any kind of move. Her internship forced her to leave before I had the chance to grow a pair and see if there was something between us worth exploring. Of course I would meet someone with potential who lived way the hell down in Texas. Bright, beautiful, no-nonsense, sophisticated, driven, she has the capability to be everything I could want in a woman.The low burn in my balls from earlier returns when I take another sweeping glance at her figure. How the fuck did I forget that Sharlo told me she’d be coming to visit for the baby shower? But isn’t that in a few weeks? Hell, I don’t know dates without looking at my phone.Scolding myself to man-up, I close the distance between myself and the women, stopping to scratch my fingertips along Sharlo’s scalp.“Surprised to see you here,” I say.“Merely because I’m as unsightly as a blowfish in heat doesn’t mean I’m unable to show my future sister-in-law a good time. But trust me when I say you don’t want to know what I’d do for a shot of whiskey at this point.” My friend turns to me with a sideways smirk before kissing my cheek. With a glow to her cobalt eyes, she taps Sofia on the shoulder. “Love, you remember my mate, Nolan?”Even though I keep the bar’s lighting dim enough to help everyone relax and unwind, I swear I see a flush fill Sofia’s cheeks when she looks over her shoulder from a few feet away. Not the kind of reaction I’d expect from the hard-nosed law student I met once upon a time.Fuck. I forgot how irresistible I found her. Her body felt so soft and delicate against mine as she slept in the hospital chair at my side, her silky hair draped over my arm and her jasmine scent driving me wild. It was like having a fucking steak dangled in front of my face. And not just any steak—a filet mignon aged to perfection.“Yes, of course.” She recovers with a graceful smile. “How are you, Nolan?”For a split second I consider throwing her the line, better now that you’re here, but think better of it. Someone as polished as Sofia Kendall wouldn’t appreciate the lame attempt at humor. She may be the only woman I’ve met who’s completely out of my league for countless reasons.“I’m doing well,” I answer with a solid smile, jamming my fingers inside my jeans pockets when it’s clear she won’t be offering her hand any time soon. “Welcome back to the city.” 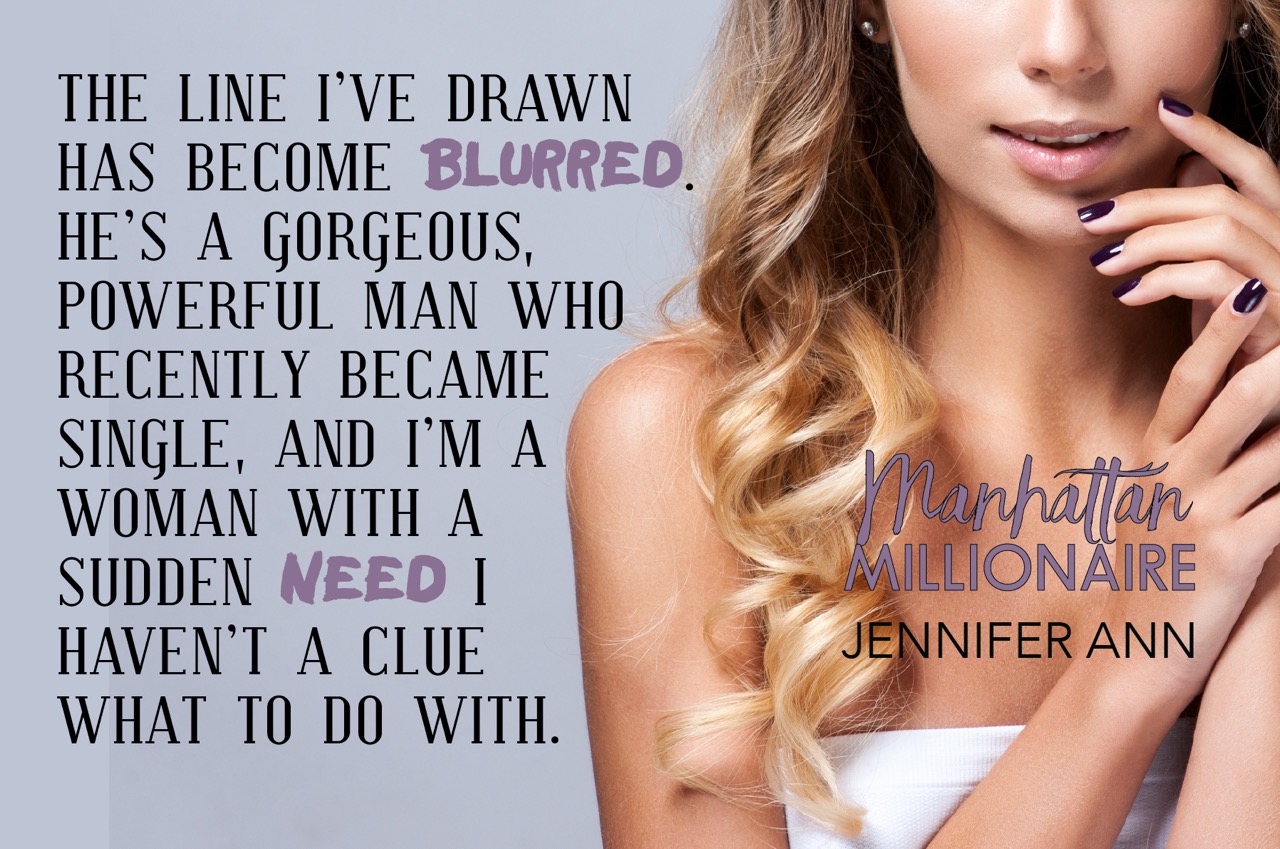 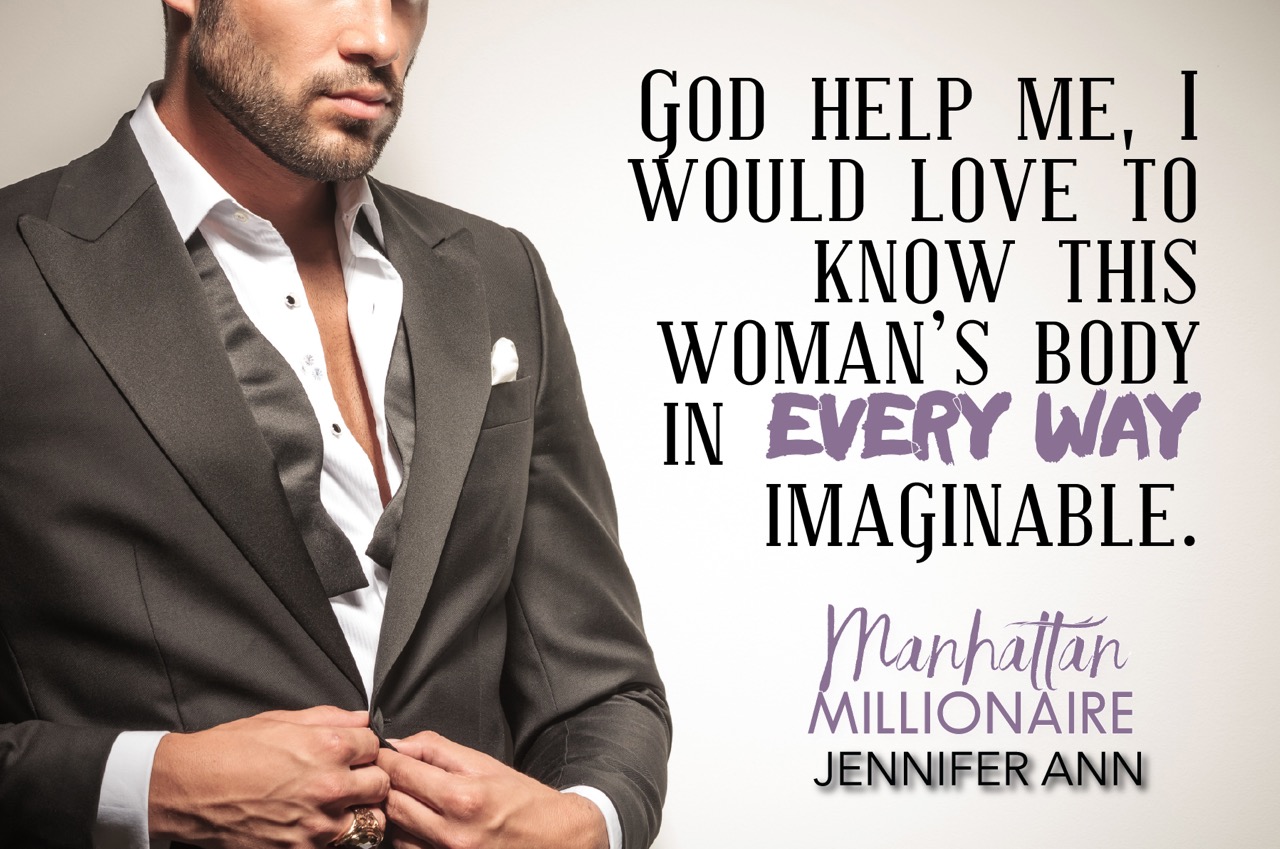 Jennifer Ann is the pen name used by Jen Naumann when writing steamy romance novels with complex love stories. Like her characters, she’s in love with the city of New York, rock concerts, and Marines. Sometimes you can catch her driving a tractor alongside her husband in southern Minnesota while trying to keep up with the madness of their four active children.
Author Links
Pinterest  Facebook  Web  Goodreads  Amazon