Blurb:
A sheriff’s heart-wrenching past threatens to destroy his future in USA TODAY bestselling author Delores Fossen’s brand-new Blue River Ranch miniseries…
Ten years ago, Sheriff Gabriel Beckett helped convict the man who murdered his parents in a shocking crime that still haunts his small Texas town. Now the terror has returned and the woman who escaped the attack is a target again.
Jodi Canton loved Gabriel—until that love shattered with his parents’ murder and her father’s conviction. Taunted with threats, she’s determined to bait the real killer out of hiding. Drawing out a criminal puts her life on the line, but Gabriel’s protection puts her heart in danger. Even if they survive a predator, can they risk everything to heal each other?

USA Today bestselling author, Delores Fossen, is an Air Force veteran who has sold over 100 novels. She’s received the Booksellers’ Best Award for romantic suspense, the Romantic Times Reviewers’ Choice Award and was a finalist for the prestigious Rita ®. Her books have been featured in Woman’s Day and Woman’s World. In addition, she’s had nearly a hundred short stories and articles published in national magazines. You can contact the author through her webpage at: www.deloresfossen.com
Buy Links:
Amazon: http://amzn.to/2Ap5BcS
Kobo: https://www.kobo.com/us/en/ebook/always-a-lawman
B&N: https://www.barnesandnoble.com/w/always-a-lawman-delores-fossen/1126358013?ean=9781335721372#/
ITunes: https://itunes.apple.com/us/book/always-a-lawman/id1234116243?mt=11
Title: A Christmas Bride for the King
Author: Abby Green
Genre: Holiday Romance
Harlequin Imprint: Presents 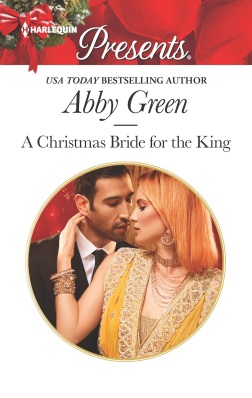 Blurb:
Reluctant ruler Sheikh Salim Al-Noury would rather abdicate than taint his realm with his dark secrets. Until one exquisitely beautiful diplomat is hired to persuade him to reconsider the throne… Christmas means heartbreak to Charlotte McQuillan, so working abroad over the festive season is the perfect getaway. But Salim proves to be her most challenging client yet as his rugged masculinity awakens untouched Charlotte to unimaginable pleasures! Soon Salim accepts that he alone can bear the weight of the crown. And his first proclamation will be to make Charlotte his Christmas queen!!

Abby Green has been hooked on romantic stories ever since she was a little thing, lying in bed, making her aunt tell her (over and over again) about a Prince and a scary forest and the Princess he was rescuing.
Thankfully (for her aunt), she learned to read and discovered the wonderful worlds of authors like Judy Blume, Jackie Collins, Jilly Cooper and Barbara Taylor Bradford to mention but a tiny few, as well as the great lexicon of Harlequin Mills and Boon romances.
A career in Film and TV as a 2nd Assistant Director was thrilling and exciting for many years, but Abby always had that other side of her that wanted to write and make up stories about Princesses rescuing Princes from scary forests – because we all know that’s how it really pans out, right?
After submitting to Mills and Boon in London and receiving a rejection letter, albeit with notes, she stuck her foot firmly in the door so it wouldn’t close, and about a year later, an author was born.
She was nominated in 2011 for the prestigious RITA© Award for her book ‘Breaking The Sheikh’s Rules.’
She lives in Dublin, Ireland and you can find out more about her and her books here: www.abby-green.com
Buy Links:
Amazon: http://amzn.to/2AFIQSK
B&N: https://www.barnesandnoble.com/w/a-christmas-bride-for-the-king-abby-green/1126270976?ean=9781459293441#/
Kobo: https://www.kobo.com/us/en/ebook/a-christmas-bride-for-the-king
iTunes: https://itunes.apple.com/us/book/a-christmas-bride-for-the-king/id1229625073?mt=11
Title: His Secret Son
Author: Brenda Jackson
Genre: Romance
Harlequin Imprint: Desire

Blurb:
Three nights with a Texan…and one pregnancy surprise! Only from New York Times bestselling author Brenda Jackson! The Texas rancher and navy SEAL who fathered Bristol Lockett’s son died a hero’s death…or so she was told. Yet when Laramie “Coop” Cooper strolls into her exhibit at an art gallery three years later, he’s very much alive—and still making her pulse zing. The all-consuming chemistry between them is as undeniable now as it was then, but Bristol won’t risk her heart—or their son’s. Little does Bristol know he’s determined to win over his unexpected family at any cost!

Brenda Jackson, New York Times and USA Today Bestselling author of over 100 novels and novellas, was born in Jacksonville, Florida. She earned a Bachelor of Science degree in Business Administration from Jacksonville University. She married her high school sweetheart, Gerald, and they have two sons, Gerald Jr. and Brandon, ages thirty-six and thirty-four, respectively. She is an active member of Delta Sigma Theta Sorority, Inc. Her professional writing career began in 1995 with the release of her first book, Tonight and Forever. Since then she has written over 100 titles, which includes a made-for-television movie by BET, One Special Moment as well as the movie, Truly Everlasting. She was a 2012 NAACP Image Award Nominee for Outstanding Literary Fiction for her book, A Silken Thread; and was named Romance Writers of America’s Nora Robert’s Lifetime Achievement Award recipient for 2012.
Buy Links:
Amazon: http://amzn.to/2As4mrp
B&N: https://www.barnesandnoble.com/w/his-secret-son-brenda-jackson/1126482230?ean=9781488011993#/
Kobo: https://www.kobo.com/us/en/ebook/his-secret-son-7
iTunes: https://itunes.apple.com/us/book/his-secret-son/id1236538374?mt=11 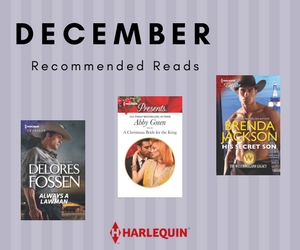